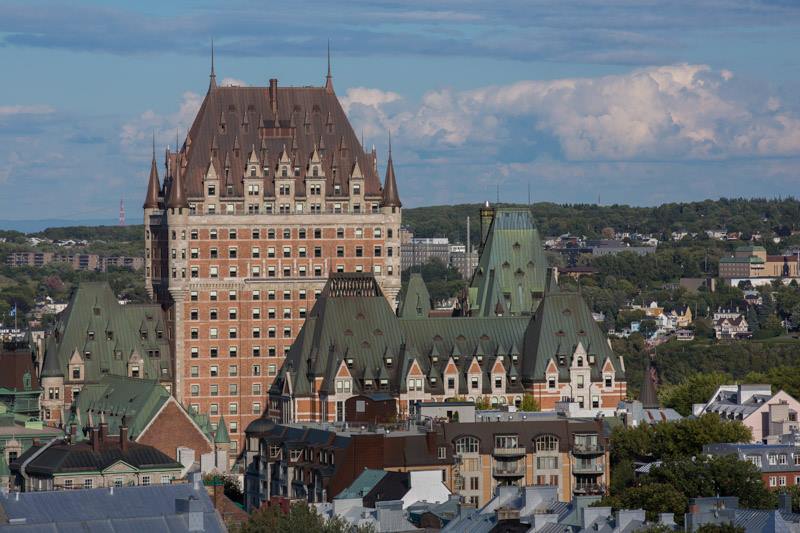 The image above was shot in Quebec City Canada by David Williams while covering a corporate event.

My blog posts have been a little thin recently, but I have been on the go a lot as well with some very long days.

From Saturday, September 13th to Wednesday, September 17th, I had the opportunity to cover a multi-day corporate event. In this post, I'll cover some of my experiences including traveling with camera gear.

I have flown with gear numerous times but never on Express flights. I guess that I have been lucky. The client booked the flights which I am appreciative of; however, I am not accustomed to having no overhead room for the maximum size carry on which usually holds my core gear: camera bodies, lenses and speed-lights.

I flew out of RDU in Raleigh, NC to Newark, NJ on an Express flight which I was able to put my carry on camera bag with the core part of my gear in the overhead, but I was not so lucky on the connecting flight. As I was coming down the ramp getting ready to board to the flight from Newark, NJ to Quebec City, I found out that there was NO ROOM for overhead bags. My core gear had to be checked and put under the plane. Long story short, I pulled some core pieces out and put in my back pack that went on the inside with me. The return flight was similar, but I prepared better in that packed more in my heavy equipment case from SKB cases that went under the plane.

Take Away: I'll be buying a HARD SHELL carry on that when it has to be checked will not bother me like a soft shell padded case going underneath. The next corporate event for this client is in California.

Visiting and Covering An Event In Quebec City Canada

I didn't realize just how French Quecbec City really is. French is everywhere: signs and language.

It's a beautiful city near the St. Lawrence River with some amazing architecture like you see at the top and bottom of this post.

As for covering a corporate event in Quebec City, it was awesome because the event was not just at the convention center with numerous key not speakers including Canadian Government Officials, Lou Dobbs, a retired 3 star US General and others and other activities, but it also included time at the art museum ( Musée National des Beaux-Arts du Québec ), a St. Lawrence River Boat Tour and a theater ( Le Capitole de Québec ) just to name a few things.

Sounds like a photographers dream shoot doesn't it? Don't be fooled: I worked my butt off covering this virtually non-stop event. However, I also managed to experience some of Quebec City in the process.

Take Away: When you are paid to cover an event, do your best and get some great shots; however, take a little time to smell the roses. Oh, and I plan to go back with Brenda for some personal time in this awesome city. 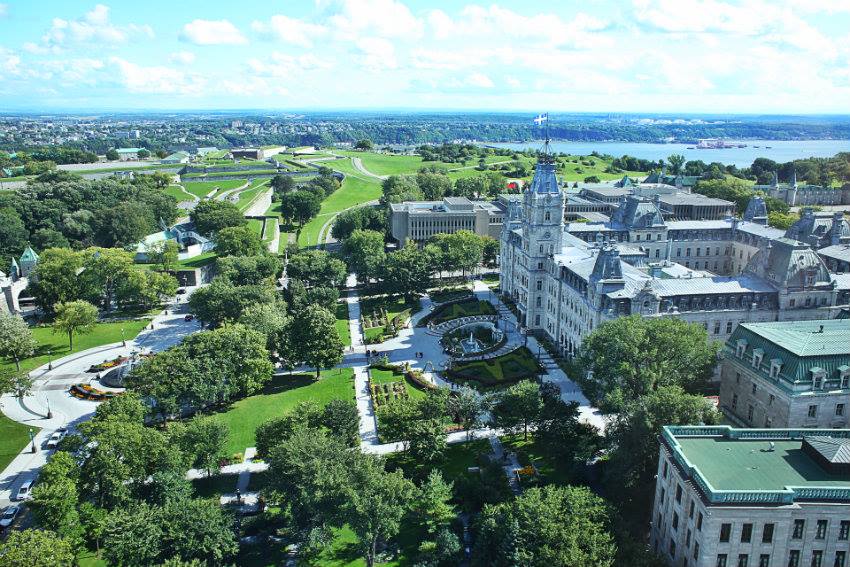 The image above was shot in Quebec City Canada by David Williams while covering a corporate event.