Photographing Corporate Executives: There Are Two Key Differences As A Photographer To Keep In Mind

I started in photography while still in High School in the early 80's. Between 1983 to 1985 or so, I assisted a professional photographer that shot for many popular publications like Time, Newsweek and others. He also did a lot of stock photography which has changed a lot over the past 30 years.

I remember helping him photograph an executive and the two key things then that still apply now are MINIMAL TIME to get it done and YOU MUST BE READY. They go hand in hand because if you have minimal time and you are not ready, it will not go well. 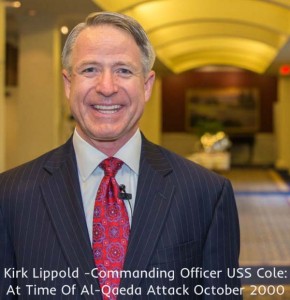 Back then as his assistant, I was ready to carry the lights and other equipment in, so that he could get the shot with the minimal amount of time he had to do it. These days, I am now photographing executives and people of that statue like the former Commander of the USS Cole pictured to the right. I have photographed CEO's and President's of multi-billion dollar companies and the one key thing that stands out is that TIME is a key factor because this level of executive is extremely busy and often has to drive to the next destination like the Governor of North Carolina that I recently photographed or has to get on a flight to return home like the President of a Fortune 500 Company that I photographed while he was visiting a facility in North Carolina. With minimal time, you have to be ready to get the shot. Don't get me wrong, the average small business owner who is CEO, President, Marketing Director and at least 10 other titles is also busy, but I have found that a small business owner will give a little more time than top level executives that are extremely pressed for time far beyond those of a small business owner.

The shot of Commander Lippold that you see in this post was 1 of 2 or 3 that I shot like this. I had him stand in the hallway just outside the grand ballroom where he was speaking, so I could grab this shot in less than 60 seconds. In this case it was just me with an on camera flash, but I had already planned visually in my mind what I wanted to shoot which is why you see the long hallway behind him with shallow depth of field. I was ready. I got the shot in seconds and he was on his way.

The one thing that I have found to be true so far is that NONE of the executives or people with statue like the Governor of North Carolina, former Congressman, Commander Lippold and many others that I have photographed may all be in a hurry but have all been great to work with. That could all change, but as of this post, it's true statement.