Posing Authentically for Photos: It makes a difference in the final results 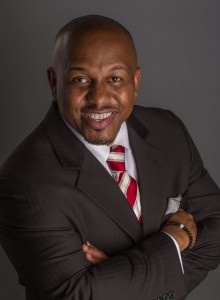 Most people aren’t models and don’t know how to pose effectively, but “camera shyness” can be overcome. The key is to learn how to forget that you’re posing for the camera—even if you only forget for one second. That’s one of the marks of a good photographer: the ability to trick people into momentarily forgetting that they’re getting their picture taken.

For the photo on the left, the subject and I were engaged in conversation the full session.  It flowed amazingly well.  He was just a talkative as I was, so we both felt very comfortable during the whole session.

The Role of Environment

Sometimes, people relax more easily when they are in a familiar environment. That’s one of the things that I like about doing on-location shoots. If you want to capture a particular side of someone’s personality, think about the setting where you are taking the photo. Sometimes, people show a whole different side of themselves with a change of environment. You can find a lot of different environments without going too far—even just trying some shots indoors and outdoors can show different sides of a subject. Even lighting and props can bring out an element of spontaneity.

Sometimes people can freeze up a bit from standing still in silence. I am usually pretty good at striking up conversations with people when they come into the studio for a headshot, so this part comes naturally for me. If you are taking a picture of someone and they seem stiff or constrained, starting a conversation might help them loosen up. People are more likely to relax when speaking. That’s one of the reasons why photographers traditionally ask people to say “cheese” when taking a picture—by focusing on speaking, you become distracted for a split second—just long enough for the camera to capture a natural pose.

I will sometimes have people cross and uncross their arms, lean against a wall, turn and face different directions, or even just move around a little bit. Some positions are more natural than others for people and you have to experiment a bit to find out what works. But it’s less about finding the right position and more about letting the subject move. People loosen up when they move.

I have said before that I specialize in shooting people when they are not “posed” for photos. While I do prefer to shoot “candid” shots of people interacting in natural scenes, this isn’t always an option. But I have learned that if you employ these simple techniques, you can get people to warm up in front of the camera.